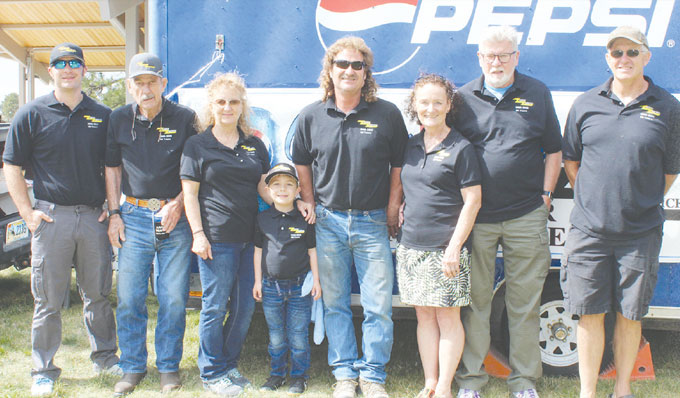 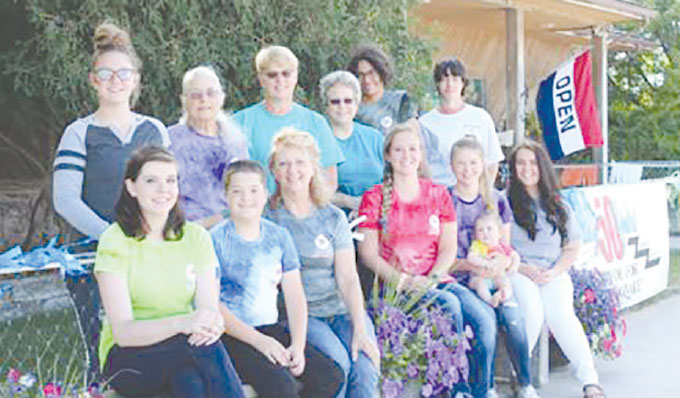 In 1969 Lou and Nancy Frederick purchased Arrow Gas Service from Ted and Margaret Sheehan. The full-service gas station was branded by Sioux and Ted delivered propane.

Lou had moved his family to Upton in 1958 and purchased the Northside Trailer Court while he was working at Federal Bentonite. He later managed a propane business for Butane Power & Equipment and delivered throughout northeast Wyoming and the oilfield. They had two little girls, Sandra and Debra, who were proficient at answering the home phone and taking messages for propane deliveries at the age of six. They welcomed Jerry to their family in 1960. Lou asked Nancy to “help out” with the bookkeeping, so she did! She had been doing books for Don Jones and lifeguarding at the new swimming pool in the summers.

Operations were moved from the original three-room office after a new shop was built and a new office building was constructed by Bob Douglas in 1981. Jerry delivered propane, worked in the shop and started his own business, Best Auto Body.

He was joined by Paul Douglas in a partnership to sell motorcycle and auto parts as Best Little Parts Store.

Lou and Bob Douglas built a new office in Gillette in 1982 on the property of Lou’s childhood home, his father’s garage and Pontiac dealership. Elaine Pridgeon managed the Gillette office and Bill Dill managed the Sheridan office.

In 1985, the ready-mix business was purchased, which worked out well in the summertime when the guys were not as busy with propane sales. Jerry began pouring and selling large landscaping blocks and cattleguard sills.

In 1992, the propane business was sold to Cenex. The business had grown throughout the oilfield with offices in Gillette, Sheridan, and Bill, Wyoming. Lou and Nancy retired, leaving Jerry and Debbie at the helm. Many of the long-term employees transfered to Cenex; including Ben LeVasseur, Corina McPeters, Bob Douglas and Don Jones.

They were sorely missed. The addition of a convenience store happened in 1999 when DEQ upgrades were made to qualify the business branded by Sinclair and later Exxon-Mobil.

Over 250 employees have been employed during the past 50 years; including some who have worked for many years; Jim Butcher, Elaine Pridgeon, Cathy Beck, Ed Materi, Fr. John Wright, Bill Moots, Margaret Tanner, Arlene Jenkins, Larry Watt, Bill & Connie Rainbolt and Sherry French.

Many mechanics worked with Jerry in the shop, including Bo Pickett who worked for 31 years. Lou’s grandchildren and many young students worked summers and after school at the Arrow, (usually their first job) and also for Lou at his ranch.

There were many ups and downs as happens in business; local bankers, businesses and family members helped to get past the rough years. The people who have worked together throughout the last five decades have meant so much to the Frederick family as well as the many customers throughout the years.

Thank you. We truly appreciate all of you.

Article and images courtesy of the Weston County Gazette.

Pilot Natrium Plant To Be Built In Wyoming