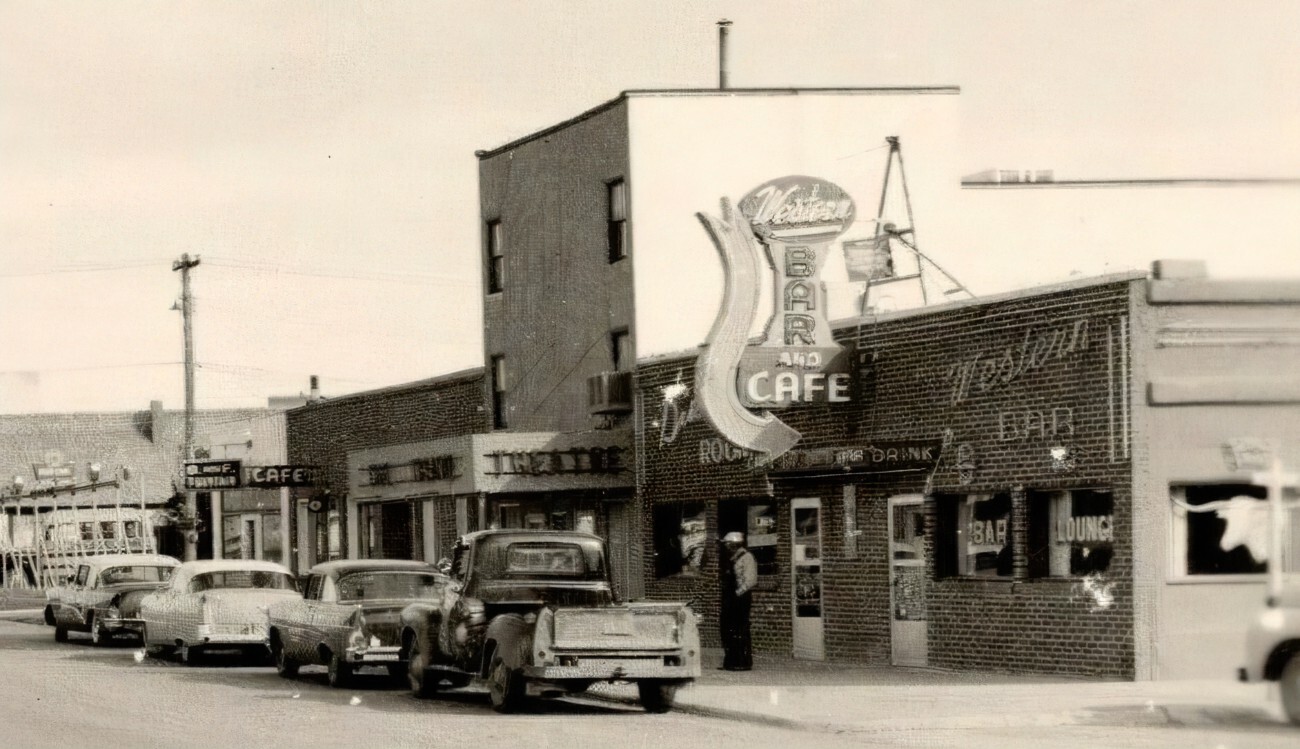 First known as Irontown or Iron City and named after Iron Creek, Upton sprang up as a small settlement on the east side of the creek in the late 1880s. Historians believe the settlement started as a small supply town or resting place for cowboys, ranchers and newly arrived homesteaders.

The creek was often dry. Residents depended on holes and reservoirs for their water supply. One early settler recalled that the water was brackish and metallic tasting; its only selling point being that it was wet.

Because records were lost, little is known about early businesses, but the Weston County history book describes a livery stable owned by a man named McKay. Travelers paid $1 a night to pen their horses inside the corral where the animals could feast on hay. The cost to tie up horses outside the corral was 50 cents. The book also mentions that the town had some sort of dry-goods store, and a restaurant housed in a tent. 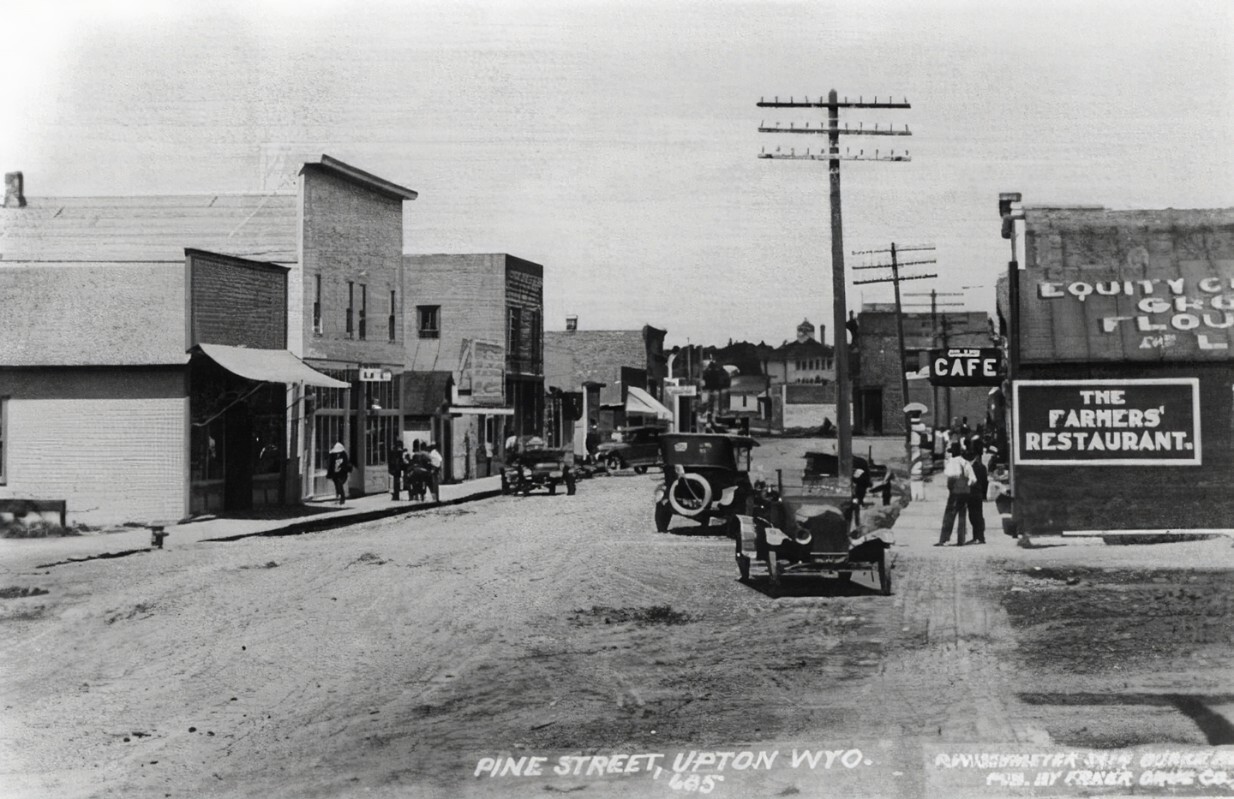 Cattle, sheep and the Burlington Railroad

The cattle industry that sustained many early Upton ranchers went through a slump in the late 1880s, and many switched to the sheep business. A series of pens and corrals northeast of Irontown was used for keeping and shearing sheep, and many thousands of sheep may have passed through these pens every spring.

In the summer of 1890, the Chicago, Burlington and Quincy Railroad laid 25 miles of new track from Newcastle, Wyo., northwest to a site near the sheep pens. A camp established nearby became known as Merino, for the popular sheep breed.

Soon, Merino and the surrounding area swelled to a population of around 400. On Sept. 25, 1890, Merino became the site of a post office.

Pine Street served as Upton's main street around 1920, bustling with stores, businesses and a bank. Alice Schuette Collection, Weston County Historical Society.The sheep town flourished for about a year. In August 1891 the population dropped so drastically that the post office closed, and mail was delivered to Newcastle.

But a railroad depot and supply station opened in 1892 and saved the town from fading completely. The Burlington Railroad built a water pipeline to supply its needs and the residents’ needs.

Construction on the railroad and pipeline attracted workers, and the population slowly began to recover. New corrals near the tracks were built for farmers and ranchers to load stock that would be sold in Omaha and Kansas City. A Colorado town also named Merino created some difficulty in mail delivery, however, so in 1901, the Wyoming town changed its name to Upton after A. Z. “George” Upton, a surveyor for the railroad.

Attention from the railroad and the endeavors of Frank Burdick, a promoter who came to the area with the railroad, changed Upton from a railroad depot into a full-fledged town. 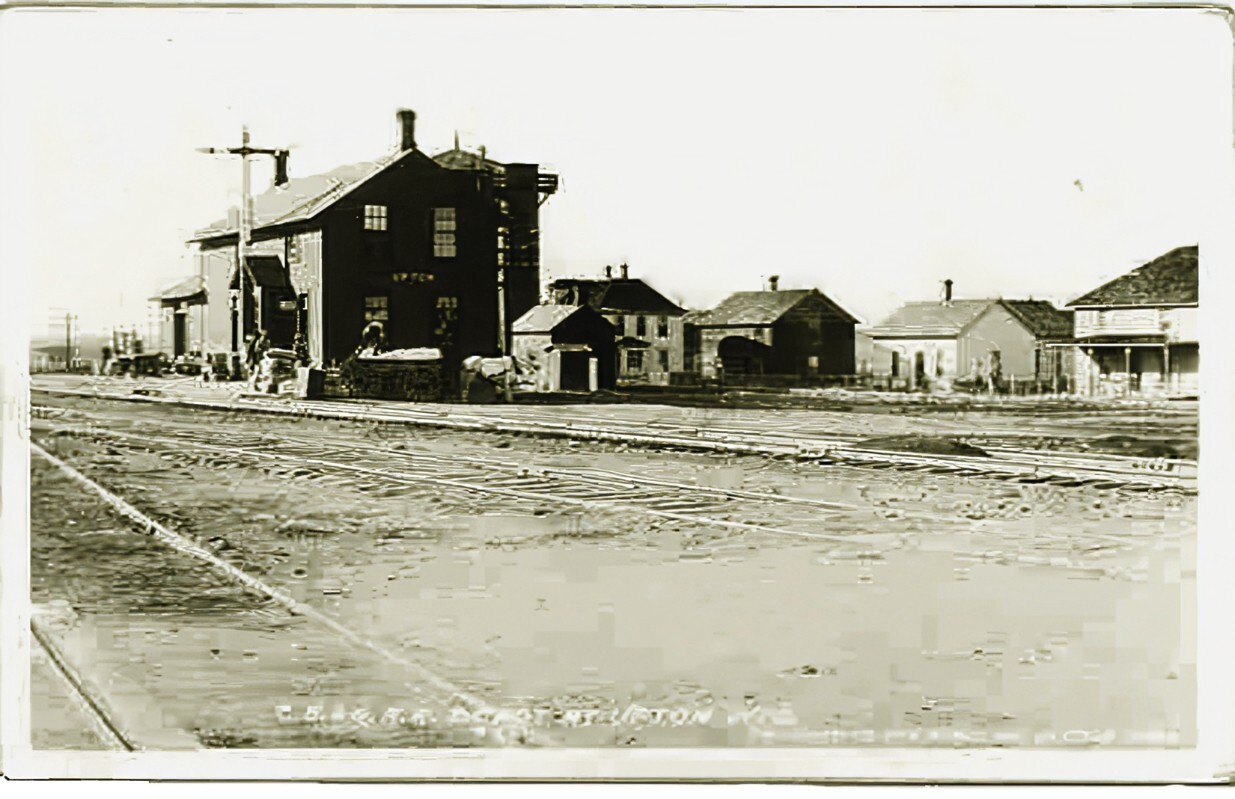 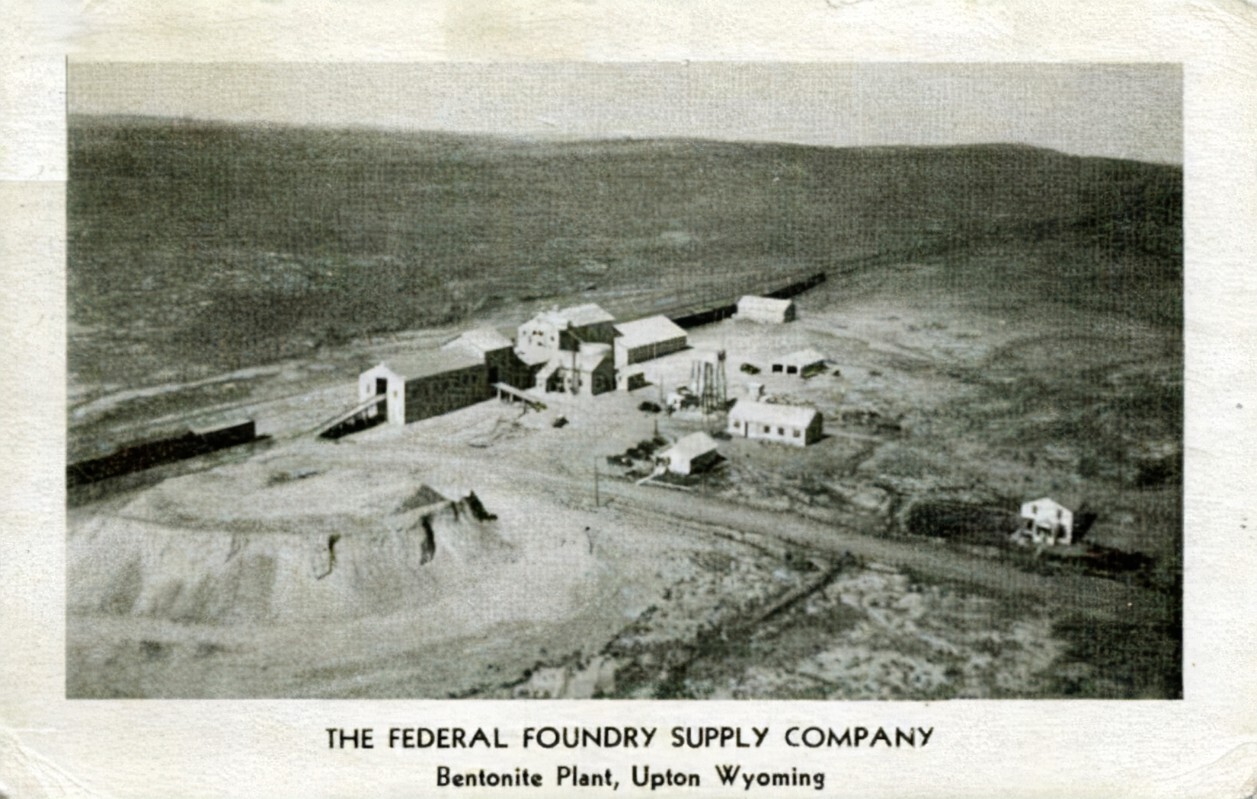 By 1909, Upton contained several bustling businesses, including a bank, a dry goods store, a number of hardware and lumber stores, a drugstore, a hotel, a livery stable, a blacksmith shop, a post office, three saloons, several restaurants and a pool hall. In addition, an attorney, a barber and a physician offered their services here. The town had electricity and telephone service. That same year, the town elected its first government.

The earliest census for Upton listed 244 people in the city limits in 1910.

In the early 1930s, a highway was built from Upton to Moorcroft, Wyo., 20 miles to the northwest, and businesses began to move from their buildings located along the railroad tracks to new buildings near the highway.

The Burlington Railroad, now merged with the Santa Fe as BNSF, continues to provide employment as it has since the town’s early days. The local school district is another primary employer, and Cedar Hills Family Clinic operates a family-practice medical clinic downtown. Residents continue to work as ranchers, and some commute 75 miles each way to Wright, Wyo., to work at the nearby Arch Coal Company Black Thunder Mine and Kennecott Jacobs Ranch Mine. The 2010 census listed 1,100 people residing in Upton.

Some of Irontown’s buildings remain in the form of an interactive “Old Town” just northwest of Upton where visitors can see the original town site and other historic buildings that have been moved there.